Neither of us have blogged for a few days because we forgot to renew our sub /sadface so we have been spending time together and other boring RL stuff.

Anyway, we have an exciting (well, one of us is excited about this and it isn’t me!!!) new blog series which we hope will start tomorrow, featuring Mr B and his newest alt. We are also slowly catching up to Z and Cinder’s Blog Challenge which I’ve been posting periodically. Finally, Mr B is actually in bed (early starts, remember?!) as I write this, so no update from him today… I’ll just put a little then EUROVISION!

So today, I spent a glorious few hours doing exactly what I wanted to. I’ve decided this is the way forward: don’t feel pressured to do the end content stuff as in reality, I’m several months behind and it makes me really stressed trying to do things without really understanding them.

As I write this, stress from a video game? Wut? A whole new blog post I think???

I picked up a few new quests from my Order Hall after handing a couple in. I pottered around Dalaran doing some Mage Quests with Khadgar – those were annoying… in and out of the Order Hall and Violet Hold. Silly mage, making me run everywhere. I also went on a couple of profession quests, bagging a new pet (Ashmaw Cub) and a few new pieces of gear. I also realised I was running dangerously low on Order Resources, so I headed off to do my first few World Quests. If you have any advice which one’s to choose I’d be grateful. I just did the one’s closest to where I was doing my Archaeology quest…? 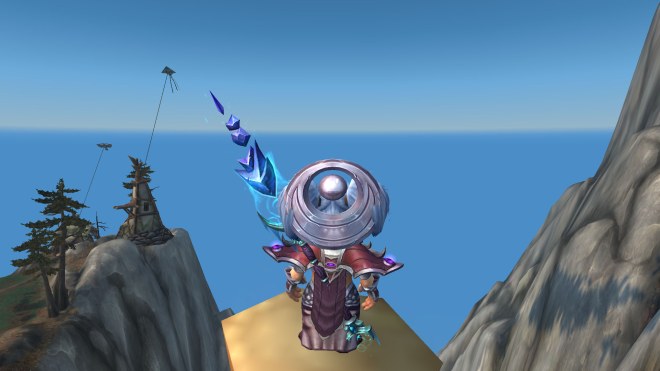 Lots of writing, sorry! Will see you tomorrow (hopefully) for Mr B’s big – by his standards – reveal.