We propose to do a series of – fun and lightearted – interviews which help us learn a bit more about our awesome community, and hopefully unravel some juicy details about our readers.

Thanks for doing our little interview! Can you introduce yourselves?

We are Dae and Strike! We have both been Blizzard game enthusiasts for many years! We both run Critical Miss on Draenor/Echo Isles US – Dae is GM and Strike is the Raid Leader. Dae is a Teacher and former WoW podcaster and Strike is former US Air Force. 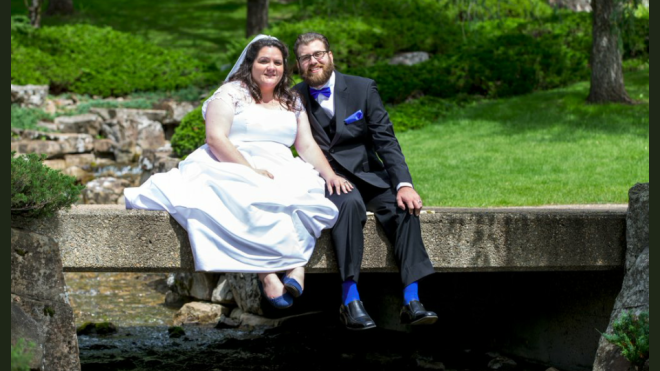 How long have you been together and where did you meet?
We have been together for over 2 years. We met each other as members of the same raid guild. It is actually funny – when Strike joined the guild he came off as kind of pretentious and I was not a fan. I would go so far as to mute him in voice chat during raids. I love this – from muting to married, what a story!!!

One day, he asked me to do the Field Photography achievement with him – so I decided to give him a chance. He proposed at BlizzCon 2015 and now we have been married for over a year!

Our wedding cake… because ALLIANCE!

I need to know more about this Blizzcon proposal!!!!!

We were attending some of the after parties at the Hilton and just kind of hanging out. Next thing I know, Strike takes out a little box and asks if I want to be his wife. And of course, I say yes! We got to celebrate the evening surrounded by friends and guildies. We even got to share the news with Hazzikostas, as we bumped into him. It was an amazing evening! What a brilliant story and such lovely memories!

So, do you tend to play the same games together or prefer to keep gaming life separate?

We tend to play the same games together. I usually like to play Healer/support and Strike is very much a Tank, so it works out well! But life has been hectic, so a majority of our time spent in games is now in WoW just for raiding and mythic+ progression. 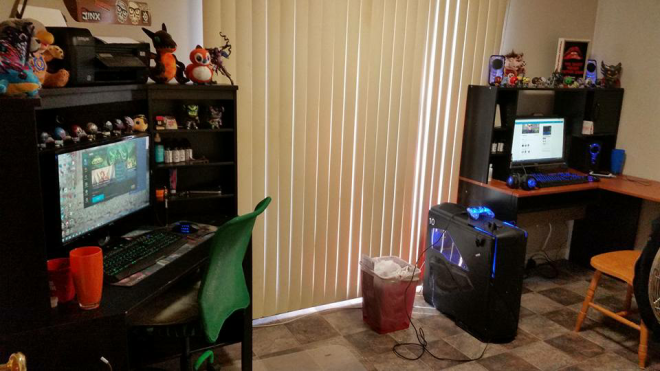 I love the little Pepe perched on there!

With the current political situation it’s only right we ask your affiliation: HORDE OR ALLIANCE?

Strike started out as Horde, but now we both bleed blue and gold- FOR THE ALLIANCE! YES /highfive

Spill the beans: what’s the most fun activity you like to do together? GAMING ACTIVITY… naughty! 😉

We both are pretty big achievement hunters, so we like to go off together and try to get as many as we can. Lately it has been completing the pet collection achievements… Still working on Wrath of the Lick King! These seemingly mundane runs are so much better with a buddy! Totally agree.

As a couple, do you find sharing your gaming hobby helps your relationship?

Since it is what brought is together, it remains a big part of our lives. Whether one of us is feeling down, so we take a time out and go to our special place in Azeroth, or we just need to get out some frustration in an Overwatch quick play – it’s always great to have my player two by my side!

Where is your special Azerothian place?

We always like to go back to Outland Nagrand and find one of those floating pieces of land, with the waterfalls of course, and watch the sky. It has always been one of my favourite places to go in Azeroth and Strike takes me there a lot. 🙂
*ahem* who rides who on the two seater mount?

DAE DOES! Unless Strike has to go AFK, then I get stuck flying both of us. 😛

Who is the raid leader in your relationship?!

Strike may be the guild raid leader, but I am definitely the relationship raid leader. And no, not because I like to be bossy and yell at him. We both have very different personalities and I tend to play the organization role because I hate being caught unprepared. Strike’s strength is thinking and reacting on his feet. So, I would say that we complement each other perfectly!

What’s been the biggest, how can I say this… marital dispute… whilst gaming together?
I like to take my time, explore, examine NPCs and read quest text etc. especially when I am first going through a zone. When we were leveling together at the beginning of Legion, Strike was getting very annoyed and impatient at how long I would take for each quest. He eventually had to walk away from the computer. We talked about it, and he agreed to slow it down to let me experience questing the way I enjoyed. ❤

One of you has to kill 100 kobolds and one has to collect the 100 shiny beads they drop… who does which task and why?

Since I am a Priest healer, I would be the bubbler and the bead collector. Strike plays a bear Druid/Rogue, he would kill the kobolds. This is also usually how questing goes for us!

Where do you see your future in gaming?

We are going to continue to run a guild together and keep making it stronger and stronger! There will always be more achievements to get, more pets to catch and more raid bosses to kill!!

Ok, the million pound question. You’re farming a rare mount. Neither of you has it. It drops. Who gets it?!!

Most of the time, Strike would let me have it. I have obtained both the Life-Binder’s Handmaiden and the Grand Black War Mammoth this way. We were both going to roll on handmaiden, but he found it would be my 300th mount, so he passed. The one that is on reserve for Strike is Mimiron’s Head!

Thank you both of you for participating. I think your wedding cake is a thing of absolute beauty!

4 thoughts on “Couples Who Slay Together – Dae & Strike”