Welcome to the ninth blog post in the “Warcraft Community’s Top Things To Do Before WoD” series!

This was a very popular topic of suggestions, from casual raiding, to Heroic progression and gear farming. I’ll add any quotes I don’t use next to their owners at the foot of the page – please do scroll down and check them out.

If you haven’t geared up yet, this is really the easiest and most perfect time to do it. With the Timeless Isle, valour and rep buffs and the upgrade system, it’s pretty easy. The best thing is? You don’t have to go into LFR to get to a pretty good gear level! Yay!

For those who have geared up and are wanting to raid but can’t find a group, I’d recommend trying Twitter first (we might be able to put you in touch with someone if you’re desperate!). If not, Open Raid. Open Raid is a site where you can register to the raid you’d like to complete (old or new) and the group is formed online. This obviously increases your immediate player base.

Remember, if you’re a causal player like ourselves, flex raiding is probably ideal for you. Don’t feel pressured into comitting time each week to wipe 38455389 times on Thok if you don’t want to. With cross-realm raiding in place, this has become very flexible indeed.

I’ve mentioned this before here. I know it’s not exactly “raiding”, but it certainly requires the same skills and you do get some excellent rewards (mounts, gold, transmog gear). I’d recommend trying these if you’ve exhausted SoO (I know I have!!).

This was also a popular suggestion. Old content (upto Firelands) can be solo’d pretty easily now. You can 3 man Firelands without too much trouble too if you have some gear, so we would really recommend working your way through the achievements (MOUNTS!) and experiencing the raids if you haven’t before. Or if you want some pretty axes from ICC. Or the legendaries from Black Temple. Or the pets from SSC.  Lots of stuff to choose from!

Fancy a bit of fun? Check out our Naked Raids at Molton Core / Black Temple. 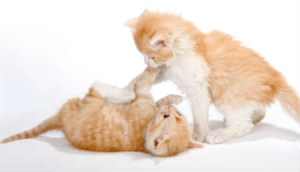 IRL druids playing IRL PvP. If only it was this cute in WoW!

This wasn’t as popular as I thought it would be, but Mr WoW loves it so much it’d be horror if I didn’t!! Here’s his advice:

It’s hard at first, as it’s a completely different skill set (although some may disagree). The best thing I can advise is to PRACTICE. The more the better. Keep your temper, and remember it’s not PvE – you die a LOT. You can buy beginner gear off the auction house, covert justice or just spam random battlegrounds until you get enough honour – it accumulates quickly.”

Also – remember the PvP mounts! If there’s ever motivation needed, it’s for those bad-boys!

There are lots of PvP guides out there if you’re hesitant. I have a full PvP set (non-conquest because I can’t arena) but honestly, I do more damage in my PvE set so I just smash people looking fabulous. If you’re still worried, I’d recommend going with a pal, because repeatedly dying can get very boring when you’re alone!

I’m currently doing a “How To Survive PvP” series, so check back soon for that if you’re interested.

This is the first category for the “Warcraft Community’s Top Things To Do Before WoD” community project. Below are plenty of ideas submitted by the community (whose contact details are at the bottom) via twitter, in-game or blog. Have fun!

The Feat of Strength

DoctorHannah is a big fan of the feat of strength you achieve from earning 9,000 achievement points and told me that it’s one of her “greatest achievements”. Well, if that’s not enough of an accolade I don’t know what is! There are many ways to go about earning those points doing things you enjoy or something new you might want to try. As Velgana states, “it allows you to focus on the new content that comes out, without having to sweat about going back into the old world”. Lots of the MoP achievements are now much easier than at release, so don’t let that put you off!

@clewdacris is a big fan of the proving grounds, resolutely stating that they “really help you improve”. If you are a beginner or trying for the Endless roles, the solo scenario just requires grit and determination to progress. There’s no pressure, as you’re alone, and you can try a Tank, Healer or DPS role as you prefer. Not convinced yet? Well, there’s a title and achievement points up for grabs plus the bragging rights when you reach gold. An excellent guide can be found here. 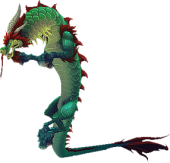 This is one of my favourite achievements. The Sky Race is part of the Order of the Cloud Serpent dailies group and rep grind. Even if  you hate grinding reputation, it’s worth getting to revered so you can take part in the Sky Race and ride your Cloud Serpent to victory! It’s a lot of fun and there are several achievements to gain too: from finishing the race, to beating your competitors and coming first.

This was one of the most popular responses within the community.It seems like everyone is using the calm time to grind those pretty new mounts and the achievements/feats of strength that accompanies them. As the Mistress of Faff points out: there’s 250 mounts to collect to earn that beautiful Felfire Hawk in WoD – the sooner we get on it the better! Twenty20 makes an excellent point to the community – actually, *most* of these mount runs are old content and therefore soloable, which at a time when many people are taking a break, it’s very handy! Some of the prettier dungeons, like Vortex Pinnacle and Magisters Terrace make Tome want to stay in there forever and make the farming seem less arduous.

@witty_warlock and I agree that the Argent Tournament is an excellent way to go about mount farming. Don’t get me wrong, it’s an absolute nightmare of a grind and unless you do it on multiple characters daily, it’ll take you months. However, with over 10 mounts available (not to mention the pets, tabards and banners!), it’s an excellent – and easy – way to earn more mounts. 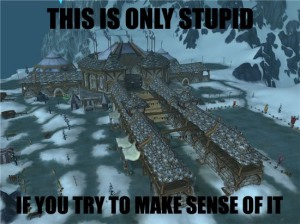 I love this meme by dressedtocuddle.blogspot.com – bang on the money!

There are some more fun mount grinds out in the world: @elpheagle can give more information on the 9,999 bone farm from the Isle of Giants which awards the Bone White Primal Raptor. Whilst farming these, there’s also a chance at a Primal Egg, which when hatched, awards one of 3 raptor mounts – you can go back and hunt for all 3! Axa suggests The Netherwing Drake grind which is now very easy with an addon and multiple dailies per day… nothing like the TBC days, it’ll take you only a couple of weeks and awards multiple pretty drakes.

In WoD, a new mount feature in-game will enable us to see where which mounts we have not yet earned, plus where to get them – like the pet window we have currently. Until then, use the links above and Google ’til your finger pads are worn away!

We argued about putting this in the achievements category as it doesn’t really fit anywhere. However, I won so here it is. Challenge Modes are a new feature that MoP offers in order to test your mettle against the bosses of Pandaria with scaled gear and a time limit. @trimbleirl is a big fan, stating that although they “are tough if you’re not prepared” they are totally worth the hassle. We recommend finding a good group of pals, or trying OpenRaid and giving it a shot if you have the time. They’re fun!

I had to put this in here, as there are so many other achievements in-game that earn you a greater reward when completed as part of a set. For example, world events, raiding and dungeon metas, PvP and so on. There are too many to mention here, but they are exceptionally varied: from old to new content, PvP to PvE, levelling to end-game, that there must be something that interests you. @Aleveria loves to have a goal to work towards and I agree when she states that a whole day can be lost working towards it!

For a long time I played blood DK. Tanked raids, dungeon finder and LFR with the missus healing on her shaman. It worked quite well, we knew how the other played and as we play sitting next to each other, we can communicate easily.

However, I really hated tanking, especially dungeon and LFR. Probably due to the amount of idiots. I understand people speed running the instances, but I want to enjoy the mechanics of them (especially in early MoP). So, I changed my main to ‘lock – which I love.

BUT the wife stared nagging. Even more than normal. She wants to do challenge modes, we need a tank, etc etc. I caved. Anything for a quiet life!

So, I spent yesterday re-remembering how to play DK. Forgot how good the survivability is with the self-heals – quite enjoyed the change of pace from dps. It also means, if I tank, I am in charge – feel the power! Mrs B hadn’t played shammy for a long time too, so we spent yesterday running dungeon finder and did some Glory of the Cata Hero with the guild to try and remember how to work together.

This is what a half day of me bossing the wife about did to her: 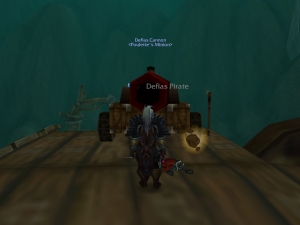 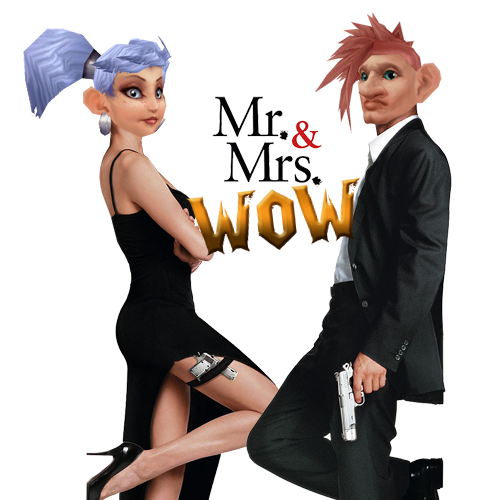