After our moan the other day about people and the warcraft community I think it’s only fair that I give a shout out to all the awesome people who have helped me out the past few days (weeks!).

Thanks Chromeeh for all your advice and taxi services. I’m glad our last grouping was beneficial with that fab legendary!

Thanks to Rellic who boosts me through more content than I could say… I would have been dead much more frequently if it wasn’t for you!!!

Thanks also to my new pal Alunaria who is so friendly and always cheerful and willing to help. You should follow her blog and twitter by the way!

Finally, to all the people on twitter who tirelessly answer my nooby questions and help me on my journey to become less of a nooby mage: Sivation, Neondwarf, Crow and Marathal. I’ve missed so many off I know, but honestly we really appreciate it!

Spread the love, friends. Oh and tomorrow is the first installment of the the Community Project! Exciting!!!

Now I’ve done my acceptance speech I shall receive applause and leave.

We propose to do a series of (fun and lightearted) interviews which help us learn a bit more about the community, and hopefully unravel some juicy details about our readers. The first mini-series we would like to do is….

***Couples Who Slay Together***

If so, we would really like to interview you!!! It won’t take long and is all done via DM or email so no need to worry about timezones.

I hope you don’t think we are excluding non-couples or those where only one person games, but we will be doing another mini-series to hopefully include you next time. We thought this one is best to start with as this is kinda our whole blog MO type thing 😉

So please, spread the word, volunteer yourselves and let’s enjoy seeing a bit about our online pals.

We try to be positive on these blog posts. We love the game and we love the twitter community and the friends we have made there.

However, I’ve really been struggling with the toxicity of the general community in-game. Time after time, day after day, I find myself fighting against various people and their bubble mentality. 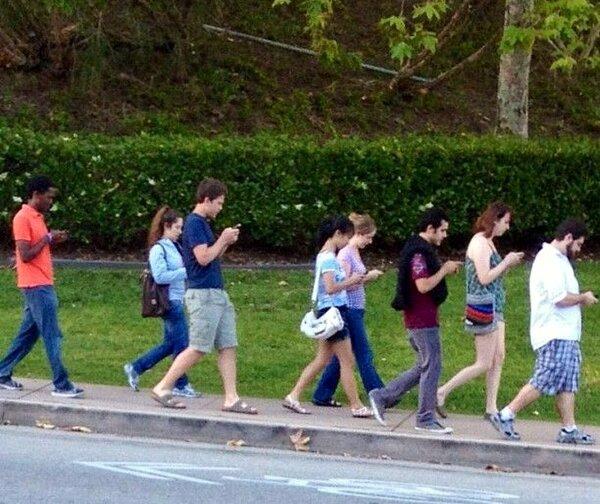 No one ever HELPS anyone any more. Look how hard it was to find a guild that has an active chat and did things together. Trade chat is full of spam and idiots being stupid. People only group so they get the quest done.

What also makes me laugh is when you’re questing in an area collecting XYZ and someone next to you is doing exactly the same thing. Last week I was collecting bear steaks for a quest with another Mage… We worked together killing and looting then without another word, the other mage hearthed and left. I always invite to group, most decline.

I also always say hi if I join a LFG… very few respond and even fewer say goodbye and the end. It always makes me /sigh a bit -you’ve been through a journey together and haven’t acknowledged the others who made it possible. Possibly akin to going on a team building exercise at work, completing it and leaving without ever saying hello to your colleagues.

What also pees me off are YouTubers making huge amounts of money with huge followings… by BITCHING ABOUT THE GAME. Why play it if all you do is moan?!

All I’m seeing is overwhelming negativity on YouTube… moaning about every aspect of the game and I just can’t get my head around it. I also don’t get why people would want to watch it?! Just stop playing if it annoys you so much and stop cluttering my recommendations with your drivel. I just want to watch some PvP without a negative voice over.
It’s all so self centered. Doing your own stuff for your own gain and only joining if you have to, not because you want to. I get not everyone is social, but manners cost nothing.

Maybe it’s because younger people are joining the game? Maybe it’s a product of modern society. Maybe people don’t want to play socially or with strangers. I love to meet and chat to new people.

Perhaps we are spoilt being surrounded by lovely btag friends and twitter people, but it does drag you down.

Me being a sad gnome… get it?!

I’d love to do another community project (we did one in 2014), maybe it’ll make us feel better… any ideas let me know.

In the meantime – be nice, spread happiness and be awesome ❤

This is the first category for the “Warcraft Community’s Top Things To Do Before WoD” community project. Below are plenty of ideas submitted by the community (whose contact details are at the bottom) via twitter, in-game or blog. Have fun!

The Feat of Strength

DoctorHannah is a big fan of the feat of strength you achieve from earning 9,000 achievement points and told me that it’s one of her “greatest achievements”. Well, if that’s not enough of an accolade I don’t know what is! There are many ways to go about earning those points doing things you enjoy or something new you might want to try. As Velgana states, “it allows you to focus on the new content that comes out, without having to sweat about going back into the old world”. Lots of the MoP achievements are now much easier than at release, so don’t let that put you off!

@clewdacris is a big fan of the proving grounds, resolutely stating that they “really help you improve”. If you are a beginner or trying for the Endless roles, the solo scenario just requires grit and determination to progress. There’s no pressure, as you’re alone, and you can try a Tank, Healer or DPS role as you prefer. Not convinced yet? Well, there’s a title and achievement points up for grabs plus the bragging rights when you reach gold. An excellent guide can be found here.

This is one of my favourite achievements. The Sky Race is part of the Order of the Cloud Serpent dailies group and rep grind. Even if  you hate grinding reputation, it’s worth getting to revered so you can take part in the Sky Race and ride your Cloud Serpent to victory! It’s a lot of fun and there are several achievements to gain too: from finishing the race, to beating your competitors and coming first.

This was one of the most popular responses within the community.It seems like everyone is using the calm time to grind those pretty new mounts and the achievements/feats of strength that accompanies them. As the Mistress of Faff points out: there’s 250 mounts to collect to earn that beautiful Felfire Hawk in WoD – the sooner we get on it the better! Twenty20 makes an excellent point to the community – actually, *most* of these mount runs are old content and therefore soloable, which at a time when many people are taking a break, it’s very handy! Some of the prettier dungeons, like Vortex Pinnacle and Magisters Terrace make Tome want to stay in there forever and make the farming seem less arduous.

@witty_warlock and I agree that the Argent Tournament is an excellent way to go about mount farming. Don’t get me wrong, it’s an absolute nightmare of a grind and unless you do it on multiple characters daily, it’ll take you months. However, with over 10 mounts available (not to mention the pets, tabards and banners!), it’s an excellent – and easy – way to earn more mounts.

I love this meme by dressedtocuddle.blogspot.com – bang on the money!

There are some more fun mount grinds out in the world: @elpheagle can give more information on the 9,999 bone farm from the Isle of Giants which awards the Bone White Primal Raptor. Whilst farming these, there’s also a chance at a Primal Egg, which when hatched, awards one of 3 raptor mounts – you can go back and hunt for all 3! Axa suggests The Netherwing Drake grind which is now very easy with an addon and multiple dailies per day… nothing like the TBC days, it’ll take you only a couple of weeks and awards multiple pretty drakes.

In WoD, a new mount feature in-game will enable us to see where which mounts we have not yet earned, plus where to get them – like the pet window we have currently. Until then, use the links above and Google ’til your finger pads are worn away!

We argued about putting this in the achievements category as it doesn’t really fit anywhere. However, I won so here it is. Challenge Modes are a new feature that MoP offers in order to test your mettle against the bosses of Pandaria with scaled gear and a time limit. @trimbleirl is a big fan, stating that although they “are tough if you’re not prepared” they are totally worth the hassle. We recommend finding a good group of pals, or trying OpenRaid and giving it a shot if you have the time. They’re fun!

I had to put this in here, as there are so many other achievements in-game that earn you a greater reward when completed as part of a set. For example, world events, raiding and dungeon metas, PvP and so on. There are too many to mention here, but they are exceptionally varied: from old to new content, PvP to PvE, levelling to end-game, that there must be something that interests you. @Aleveria loves to have a goal to work towards and I agree when she states that a whole day can be lost working towards it!